UMBC faculty and students talk about their humanities research and related topics on the Humanities Connection radio and podcast series, produced by Maryland Humanities and WYPR 88.1FM. 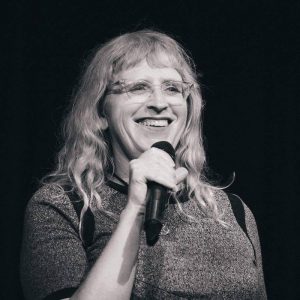 Heretic to Housewife and Finding Your Voice

Baltimore’s Rahne Alexander (UMBC IMDA MFA ’20) is a writer as well as a musician and multimedia artist. She talks about the process of finding her voice on the page and writing Heretic to Housewife. This new essay collection won the 2019 OutWrite Chapbook Competition in Nonfiction and will be released in August.
Broadcast date: July 27, 2019 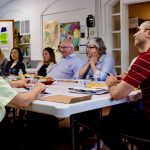 How is one partnership encouraging open and honest dialogue about faith and race? Drs. Felipe Filomeno and Tania Lizarazo – professors at University of Maryland, Baltimore County – talk about “Honest Conversations: Faith Community Dialogues on Immigration and Race.” The partnership between UMBC and the Latino Racial Justice Circle is funded with a grant from Maryland Humanities.
Broadcast date: April 18, 2019 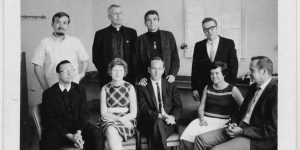 In May 1968, a group of activists from Catonsville, Maryland instigated a remarkable and dramatic protest of the Vietnam War. The group, which came to be known as the Catonsville 9, destroyed local draft records in a very public act of civil disobedience that received international attention. Joby Taylor, Director of the Shriver Peaceworkers Fellows Program at UMBC, discusses the historic action and the subsequent trials of the Catonsville 9. With grant funding from Maryland Humanities, the 50th anniversary of the Catonsville 9 was commemorated at a symposium at UMBC and through events in Catonsville and Baltimore in May 2018.
Broadcast date: April 6, 2018 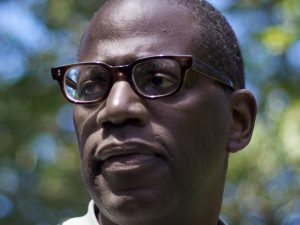 “Man, Image, Idea: Photographs of Men from the Mark Rice Collection,” a new exhibition from the period after the Stonewall Riots of 1969, invites contemplation of the male body and engages the complicated dynamics of looking at the male form. The exhibition is on display at University of Maryland Baltimore County Albin O. Kuhn Library Gallery until December 12. The curator, James Smalls, Professor of Art/Design History & Theory, Affiliate Professor of Gender and Women’s Studies and Africana Studies at UMBC, tells us why this groundbreaking photography is so important.
Broadcast date: December 1, 2017

A History of Political Participation by African Women 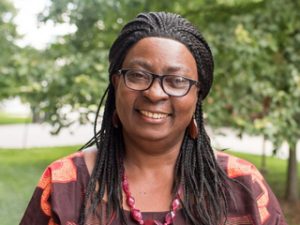 Gloria Chuku, UMBC Chair and Professor of Africana Studies, shares how African women have enjoyed a history of active political engagement prior to European colonization. They served in notable leadership roles such as regents and queen mothers who advised and, sometimes, dethroned male rulers. Although the gendered checks and balances of African politics was diminished under colonial rule, Dr. Chuku notes that post-independence societies and countries have seen the reemergence of African women in the roles of political and spiritual leaders.
Broadcast date: June 16, 2017

The Revelatory Power of Language Language, says Christine Mallinson, sociolinguist and Associate Professor of Language, Linguistics, and Culture at UMBC, is a nuanced, complex social tool that cannot be separated from the people who use it. We communicate in various ways and tailor our messages to different audiences. And because people are diverse, the language we use is diverse, naturally evolving over time and changing for different circumstances. Dr. Mallinson shares how she and her students have been examining pronunciations and uses of language in Baltimore communities.
Broadcast date: April 14, 2017 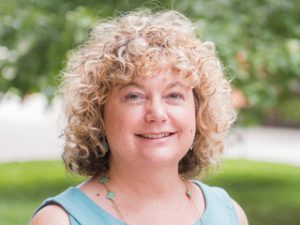 Amy Froide, UMBC Acting Chair and Associate Professor of History, discusses how women played a significant role in Britain’s financial revolution during the seventeenth and eighteenth centuries. Women of all ranks — from London servants, middling tradeswomen, gentlewomen, and peeresses of the realm — were investors in the government debt, the Bank of England, and the East India and South Sea companies. A number of women also took part in the first state lotteries, helping to fund the country’s wars and other debts. Women managed portfolios of stocks they inherited, served as financial brokers, and engaged in legal and political business with companies. Dr. Froide notes that as active agents, female investors enabled Britain’s rise to a military, economic, and colonial power in the 1700s.
Broadcast date: December 8, 2016

Evaluating the Arts and Humanities 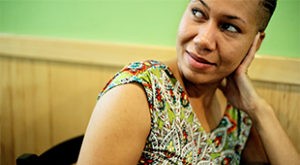 Tahira Mahdi, a UMBC Ph.D. candidate in Human Services Psychology, shares her approach to assessing arts and humanities programs, which often have profound and personal impacts on individuals and communities that can be difficult to measure. She says, “When we think about evaluating the impact of the arts and humanities, we should start by thinking about what life will be like without these everyday studies of ourselves. Some things cannot be quantified, but the impact of the arts and humanities stares us in the face all day, every day.”
Broadcast Date: August 11, 2016 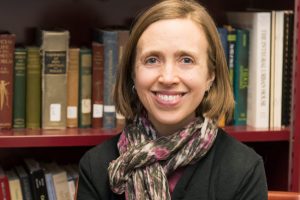 The Humanities and Environmental Research

Dawn Biehler, UMBC Associate Professor of Geography and Environmental Systems, studies pest and rodent control in cities. “Humanities disciplines,” she says, “can open up important ways of understanding humans’ relationships with the creatures we call pests.” The urban ecologies that allow pests to flourish in Baltimore have been shaped by the physical features of the city and by a long history of social inequalities, poverty, and housing policies. Dr. Biehler discusses her work on the Baltimore Mosquito Project, which is looking at conditions that sustain mosquitos. As part of the project, city residents are also doing oral histories and other documentary activities about their experiences with the pests in their environment.
Broadcast date: June 23, 2016 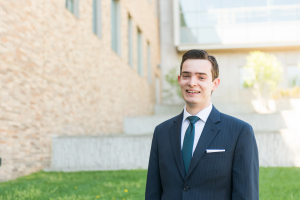 UMBC Humanities Scholar, Dylan Rogers Elliott, discusses his participation in the National History Day program while he was a student at Calvert High School in Prince Frederick, Maryland. The experience influenced his decision to study history and legal policy at UMBC, where he is also a peer advisor in the Career Center. Maryland History Day is organized by Maryland Humanities and UMBC hosts the annual state competition in the spring.
Broadcast Date: April 7, 2016 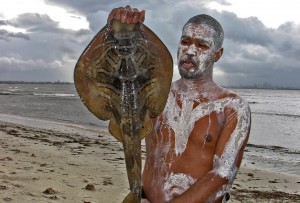 Tim Nohe, intermedia artist, professor of visual arts, and director of the Center for Innovation, Research and Creativity in the Arts (CIRCA) at UMBC, introduces audiences to the deeply-woven human narrative of Botany Bay, Australia. For nine years he witnessed the changes to this unique human and natural environment first-hand. Prof. Nohe brought together his research in the exhibition “Sounding Botany Bay,” revealing truths about a complex place through mural prints, video, sound, interviews, archival documents, and material culture. “Sounding Botany Bay” was also the subject of his talk for the Dresher Center Humanities Forum in February 2016.
Broadcast Date: February 11, 2016 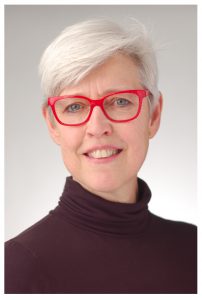 Marjoleine Kars, Associate Professor and Chair of the History Department at UMBC, speaks about her research into a largely unknown slave rebellion that took place in the Dutch colony of Berbice in South America from 1763 to 1764. Her findings reveal the complex internal dynamics of this uprising, which may shed new light on other famous rebellions. Dr. Kars presented her work at the Dresher Center Humanities Forum on December 2, 2015 and has an upcoming book on the subject.
Broadcast Date: November 19, 2015

The Mathematics of Being Human

Michele Osherow, Associate Professor of English and Resident Dramaturg for the Folger Theatre, and Manil Suri, Professor of Mathematics and novelist, speak about the surprising connections between mathematics and literature. Through co-teaching a seminar for the UMBC Humanities Scholars Program, Drs. Suri and Osherow laid the groundwork for an original play, entitled “The Mathematics of Being Human.” The production premiered at UMBC in November 2014 and has been performed in a number of venues.
Broadcast date: July 16, 2015 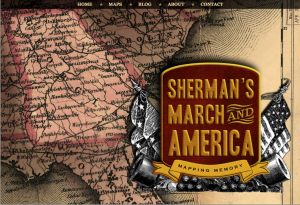 Anne Sarah Rubin, Professor of History and Director of the Center for Digital History and Education at UMBC, discusses her experimental digital humanities project, Sherman’s March and America: Mapping Memory, which was developed in collaboration with Kelley Bell, Associate Professor of Visual Arts. Dr. Rubin’s related book, Through the Heart of Dixie: Sherman’s March and American Memory, was published by the University of North Carolina Press in 2014.
Broadcast Date: November 20, 2014 Scott Casper, Dean of the College of Arts, Humanities, and Social Sciences and Professor of History, discusses the importance of the humanities in a liberal arts education. Dr. Casper says that a study of the humanities prepares students for careers and a civically-engaged life. By studying the humanities, we learn to ask and explore questions that are fundamental to human existence.
Broadcast date: August 21, 2014

Humanities Connection is a production of Maryland Humanities and WYPR 88.1 FM. The program explores the intersection of the humanities and our daily lives, reflects on the past, present, and future, celebrates the power of literature, and demonstrates the importance of the humanities to understand the human experience. Humanities Connection airs on the first Thursday of each month at 4:44 pm. on WYPR 88.1 FM. Listen to the podcasts here.