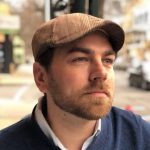 This work-in-progress considers the curious phenomenon of posthumous autobiographies. The American civil rights movement is filled with examples, including from some of the most iconic figures: Malcolm X, Lorraine Hansberry, Martin Luther King, and just this year, Coretta Scott King. This literary tradition raises questions of civil rights memory, intellectual property, political celebrity, and the ethics of collaborating with the dead. 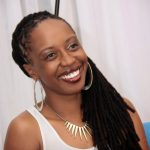 Bassey Ikpi is an American-Nigerian writer and mental health advocate. A former student of the University of Maryland Baltimore County, she left Catonsville to pursue a writing career in Brooklyn, NY.  While in New York, Bassey appeared on HBO’s “Def Poetry Jam” and joined the touring company for their Tony Award-winning Broadway show. Appearing on stages across the globe as both a public speaker and TV personality, Bassey has also added contributor editor for Catapult to her growing credentials. An active voice in the mental health community and a pop culture connoisseur, her essays on both topics can be found on platforms including The Root, Ebony and The Africa Report. Bassey’s essay, Just To Get By, appears in the anthology for Temple University Press, Who Will Speak For America.  Bassey is the founder of The Siwe Project, a mental health organization whose mission is to spread mental health awareness in the global Black community. She is also the creator of #NoShameDay, an initiative that normalizes conversations surrounding mental health in order to reduce stigma. Her first memoir, I’m Telling the Truth, but I’m Lying, was published by HarperPerennial in August 2019.