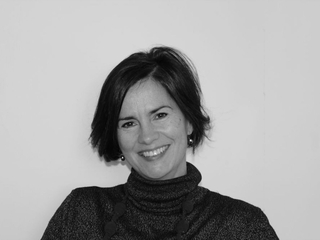 When Being Believed Is Not Enough: The Vice of Inferential Inertia

Epistemic injustices occur when someone is wronged in their capacity as a knower, for instance when they are not believed owing to prejudice in the hearer. Miranda Fricker will explore the main forms of this kind of injustice through a discussion of contemporary campaigning work by the sculptor Doris Salcedo and the Network of Women Victims and Professionals in Colombia. She will introduce a new kind of epistemic injustice, or vice, that she has labeled “inferential inertia” – when people fail to think through the implications of new information owing to prejudice. Fricker will explain why and how we can understand inferential inertia as a vice not only of individuals but of institutions.
A reception will follow the program.
Miranda Fricker is the Presidential Professor of Philosophy at The Graduate Center at the City University of New York. Her main areas of interest are in ethics, social epistemology, and feminist philosophy, with occasional forays into political philosophy. Dr. Fricker’s publications include The Epistemic Life of Groups: Essays in the Epistemology of Collectives (coeditor, 2016); “Applied Epistemology,” special issue of the Journal of Applied Philosophy (coeditor, 2016), Reading Ethics, (coauthor and editor, 2009), Epistemic Injustice: Power and the Ethics of Knowing (2007), and the Cambridge Companion to Feminism in Philosophy, (coeditor, 2000). She was awarded a Leverhulme Major Research Fellowship (2014-16); and is currently finishing work on a book in moral philosophy, Blaming and Forgiving: The Work of Morality (forthcoming from Oxford University Press).
Sponsored by the Philosophy Department; the Dresher Center for the Humanities; the Psychology Department; and the Gender, Women’s, + Sexuality Studies Department.
Photo courtesy of the speaker.
[image: A woman wearing a black top smiles towards the camera. She is standing in front of a white background]
Tags: humanities-forum-spring-2021
0 Comments (requires login)