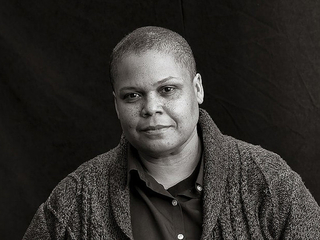 Race for Profit: How Banks and the Real Estate Industry Undermined Black Homeownership

By the late 1960s and early 1970s, reeling from a wave of urban uprisings, politicians finally worked to end the practice of redlining. Reasoning that the turbulence could be calmed by turning Black city-dwellers into homeowners, they passed the Housing and Urban Development Act of 1968, and set about establishing policies to induce mortgage lenders and the real estate industry to treat Black homebuyers equally. The disaster that ensued revealed that racist exclusion had not been eradicated, but rather transmuted into a new phenomenon of predatory inclusion. This talk uncovers how the push to uplift Black homeownership had descended into a goldmine for realtors and mortgage lenders, and a ready-made cudgel for the champions of deregulation to wield against government intervention of any kind.
A reception and book signing will follow the talk.
Keeanga-Yamahtta Taylor, an Assistant Professor of African American Studies at Princeton University, writes and speaks on Black politics, social movements, and racial inequality in the United States. She is the author of From #BlackLivesMatter to Black Liberation (Haymarket Books, 2016), winner of the Lannan Cultural Freedom Award for an Especially Notable Book in 2016. She is also editor of How We Get Free: Black Feminism and the Combahee River Collective (Haymarket Books, 2017), which won the Lambda Literary Award for LGBQT nonfiction in 2018. In 2016, Taylor was named one of the hundred most influential African Americans in the United States by The Root. Her third book, Race for Profit: How Banks and the Real Estate Industry Undermined Black Homeownership (University of North Carolina, 2019), has been longlisted for a National Book Award for nonfiction.
Sponsored by Dresher Center for the Humanities; the Africana Studies Department; the American Studies Department; the Economics Department; the School of Public Policy; and Campus Life's Mosaic Center for Culture and Diversity.
Tags: diversityandinclusion humanities-forum-spring-2020
0 Comments (requires login)