No Prospect for Relief

This event is hosted by the Albin O. Kuhn Library & Gallery. The original event post is here.

No Prospect for Relief: Community Activism and the Politics of Prison Siting in Maryland, 1970-1987

Kevin Muhitch, M.A. 20, historical studies, and Research Associate, Morgan, Angel & Associates
This talk examines community struggles against the expansion of Maryland’s prison system in the 1970s and 1980s. In doing so, it illustrates how an eclectic group of activists in Baltimore helped to make prison projects in the city untenable. While state actors pursued several sites in Baltimore, such as docking a “prison ship” in the Baltimore harbor, city residents successfully organized to prevent them from being built. By the 1980s, state officials resumed prison expansion efforts in rural Somerset County, where they found a political system more willing to accept the ramifications of mass incarceration. In tracing the politics of prison siting, this talk illustrates the contested ways urban activism, and the decisions of state actors, shaped the geography of mass incarceration.
Co-sponsored by the Department of American Studies; the Department of Gender, Women's, + Sexuality Studies; Department of Sociology, Anthropology, and Public Health; School of Social Work; Department of Psychology; Department of Political Science; Language, Literacy, and Culture Program; Department of Media and Communication Studies; the Dresher Center for the Humanities; the Center for Social Science Scholarship; and the Graduate School.
~~~~~~~~~~~~~~~~
Join link: https://umbc.webex.com/umbc/j.php?MTID=m1f9e4ad2da42e074f9dc94f7b814bc82 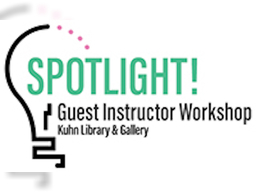