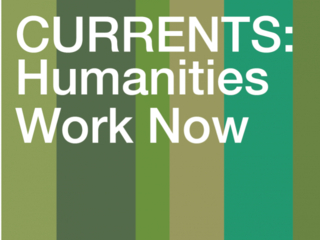 CURRENTS: Humanities Work Now lunchtime series showcases exciting new faculty work in the humanities in a dynamic and inter-disciplinary setting with short, informal presentations and time for discussion (Lunch will be served at 11:30am)
Legislating Medical Practice in Ancient Rome
Molly Jones-Lewis
Lecturer, Ancient Studies, UMBC
Medicine and risk are inseparable companions. But in Ancient Rome, the social position of physicians created special challenges for patients and physicians. How do you judge competence and negligence when there is not yet consensus on how the human body works? How does a legal system that decides protections and penalties based on social and citizenship status function when both patients and physicians can be enslaved, immigrants, and citizens? Fortunately, a large body of literary and material evidence exists for both the medical and legal profession in ancient Rome, since Roman sources formed the basis of medical and legal education for years in both European and Arab universities. This talk will focus on the case of a Roman OB/GYN accused of murder preserved in the Digest of Roman Law compiled under Justinian.
AND
Three and a Half Centuries of a Chinese Neighborhood
Nianshen Song
Assistant Professor, History, UMBC; Summer 2019 Dresher Center Summer Faculty Research Fellow
This project examines how diverse state powers manifested themselves in a small urban space in Shenyang, China. From the 1640s to now, Xita (West Stupa) neighborhood, originally a Tibetan-Buddhist space established by the Machu ruler, transformed first to a railway-industrial space witnessing the competition between Russia, Japan, and the Chinese warlord, and then to an ethnic Korean enclave and a thriving commercial district in the largest metropolis of Northeast China. Employing both archival research and fieldwork, Nianshen Song unfolds, from a trans-regional and micro-level perspective, the dynamic forces that shaped and reshaped this neighborhood, to show China's stunning transition from an empire to a post-socialist state.
Tags: currents events
0 Comments (requires login)